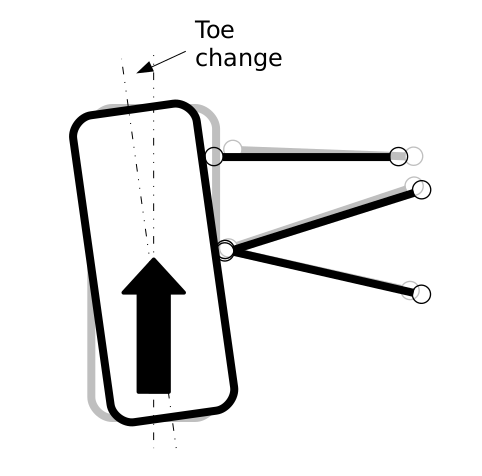 The name traction steer implies a forward force due to a forward driving force from the engine as shown in the image above.  On most suspension systems it can be difficult to tune traction steers independently from brake steer.  Due to the safety critical nature of braking, brake steer (rearward longitudinal force at the tyre contact patch) is always prioritised to give understeer behaviour, therefore traction (forward longitudinal force at wheel centre) will give an oversteer tendency to the wheel (toe in on the front axle, toe out on the rear axle).

That said, it is often desirable to keep traction steers small, but this is not always possible due to the link with brake steer.  Typically in production cars traction steers can be between ~0.0 and 0.1 Deg/kN