In general terms, adding more bump camber to an axle will increase the cornering capacity of that axle.  However, excessive bump camber may impact traction and braking performance due to body pitch and hence camber change during hard acceleration and braking.

The graph below shows a bump camber curve from a double wishbone suspension developed with RACE. The on-centre bump camber is high at -30.3 Deg/m which will contribute to good wheel camber control during cornering.  The curve shows excellent linearity over the wheel travel range of interest contributing to linear vehicle behaviour with different levels of body roll.  Note that the static camber offset has been removed from the curve. 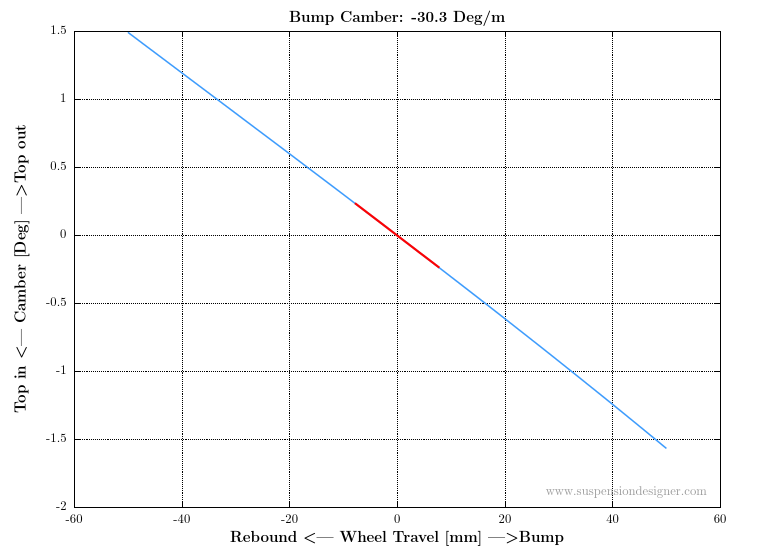